To say I've been negligent in my writing would be an understatement, but with just getting home from our 10-day trip to Puerto Vallarta (PV), Mexico, and because it is relatively cold out and I don't want to go outdoors, I thought I'd fire a line or two about the experience. I would go all the way back to our third visit to the Dominican Republic in July/August, but that's getting a little dated.... though I think some of you might find the observations interesting. 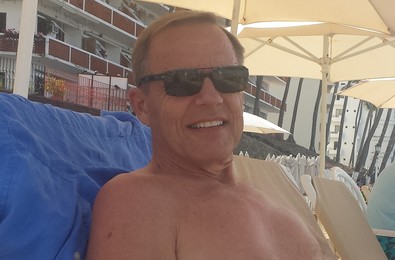 Ok, Puerto Vallarta. Located on the Pacific coast side of the country, about midway down the Mexican coast a couple of hours due west of Guadalajara, PV is a long-established beach town that 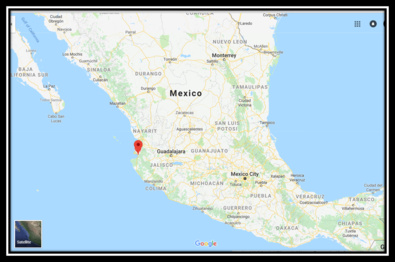 is all grown up. The city has around 250,000 residents, but is part of a string of communities including Nuevo Vallarta, Bucerias, up to perhaps Sayulita to the north and maybe to Mismaloya running to the south.

In sum, lots of beaches, hotels, and people, and things to do. Click on the map if you want a closer look.

Loosely speaking, along the coastline, the town is sandwiched between the Romantic Zone in the south and the Marina in the north, with the Hotel Zone and city center filling the gap.

With that introduction, let me list a few things we noted about PV.

1. Ease of Access. Fort Smith, Arkansas is anything but easy to get into and out of as far as flights are concerned, but this was the cleanest yet. Fort Smith to Dallas and then to PV - all in less than five hours. I LOVED this aspect. In contrast, Santo Domingo, Dominican Republic's shortest was 9+ hours. Our typical flight to arrive during the day is 17+ hours.

2. Clean City. It's not often in our travels where the community invests in keeping the place cleaned up. This was particularly impressive in a town where everyone seems to have a dog they're walking. And, to their credit, dog owners (mostly expats) cleaned up after their dogs - u 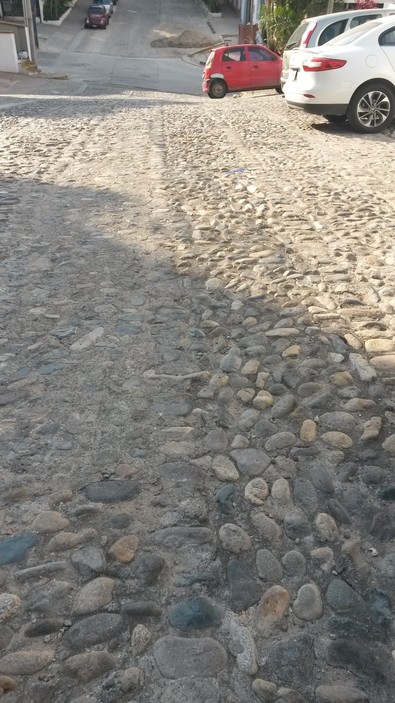 nlike our DR experience. Wasn't perfect, but definitely and relatively, a pleasant experience as a result.

3. Cobblestone Streets. Good for tourist brochures; not so much for autos and people. Every driver we spoke with bemoaned how hard the streets are on their car. And the noise that they can create when traffic was heavy or faster was, well, loud. But they's purdy tho...

4. Many Restaurants. I'm talking many. No, really, I mean buku many. Never seen anything like it. You could eat lunches in the locals' hangouts for around US$3 to upscale at quite reasonable rates, and generally good quality. The US$ goes far here. Many are excellent quality at a good price - say, around US$25-$30 for two, including drinks and tax. Also found restaurant staff were generally quite motivated and attentive, not lackadaisical and no evident don't-bother-me situations.

In fact, on the beach, where I lounged around my fair share of the time, wait staff often ran to and from the restaurant! And did so all day!

5. Many Gays. What? Yes, I seened it, so I said it. PV is known as the Gay Beach Capital of Mexico. And, yup, there was a bunch of them.

6. Good Prices. As noted above, cost of food, drink, transportation and other daily living expenses were at U.S. prices or lower, often much lower. And this was at Walmart and at other large local chain outlets (Ley's or Mega Stores). Of course, you can hit the local produce and meat markets for much better pricing.

Manageable housing costs as well could be found, as long as you don't insist on the beach or close to tourist areas (not surprising). Expats drive up prices.

Net result, a HUGE plus for Mexico and this area. We're interested in finding second residence places to live that have amenities AND better-than-US cost structures, so this was a pleasant experience.

7. Good Product Offerings. Following on with points 4 and 6, Mexico has the capacity to produce much more of its own food and other products, which is another plus in our hunt for a second residence. All sorts of fresh fruits and vegetables are available, fish and other meats, and dry goods.

This is in contrast to many Caribbean spots such as Dominican Republic, which largely only produced mangoes, pineapple, coconuts, bananas, plantains, and some small melons. And, plantains - mushed, dried, sliced, you name it. Did I emphasize the plantains enough? Other stuff is imported and prices and quality reflect it.

8. Walker Friendly. This is a biggy for us as, uh, we like to walk. A healthy malecon/boardwalk with lots going on, artwork/sculptures, etc., and generally maintained. This in contrast to the disaster of Santo Domingo, for example (see earlier post). Sidewalks were generally walker friendly, unlike our experience in Panama City. Yet, PV has an aversion to street signs, though not near as bad as Panama City. PV has pretty poor maps if you want to venture beyond the 3-4 blocks from the malecon.

9. Healthcare Options. While we didn't need healthcare this trip, I assume we will in the future, so it was good to hear people note of good care and where to get it her. This has been the reputation of many expat areas in Mexico, where many medical professionals were trained in US/Canada and Europe. And much more reasonable pricing, of course.

10. No Mosquitoes. Hey, we expect them anywhere it is reasonably warm and wet. This place would qualify, but we can't say we were bitten even once. I can't say that will be the case when we visit in the summer, but it was our experience this trip. WONDERFUL!

I could mention the abundance of vendors trying to sell you stuff, but this is standard fare for places like this.  The beaches were great, and the weather and temps were wonderful, as well. Better be, as that's why we were there.

We'll definitely keep tabs on this place and keep it high on our list of second residences. Ticked off a lot of boxes for us as a place to live.