Working Out My Plan B 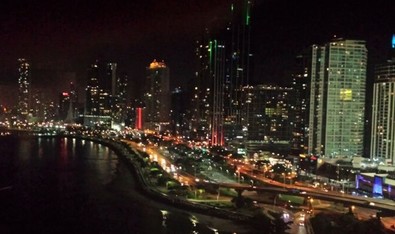 My wife and I spent three weeks in Panama this summer. Last summer we did the same in Ecuador. And in January, we squeezed in over a week in San Juan, Puerto Rico. Each was a great visit for us, but in different ways. Investigating warmer environments has been on our agenda as we seek to identify prospective second residences before retirement.

I should make clear that retirement for me is really a misnomer as I really can’t imagine not working. I enjoy it and will probably keep multiple irons in the fire up until the day I hit the Exit. But, this is about how I spend that season of life.

Our search has focused on Latin America and the Caribbean. There are some interesting places in Europe, but one of my criteria is to locate alternatives to the decaying Western societies. Decay refers not only to economic metrics but also the broader social order. In that light, I think Europe faces bigger challenges than the U.S. Not to mention that when wars start, Europe always seems to be a favorite playground for armies to parade back-and-forth until they exhaust themselves. Net result, Europe doesn’t look so good as far as a plan B goes for me.

Distance and lack of interest make Asia generally a non-starter for us as well. So, back to Latin America, including the Caribbean (depending on your definition of Latin America).

Well, I’ve rambled on a fair bit already and haven’t gotten to the key questions here. So, let me get at it. First, a plan B is simply my idea of what to do, how to live and where to live should things not go well wherever I am. I would like to think that all of us would do this, but I find most people don’t think anything could go THAT wrong in Western societies and so, never consider a plan B. I hold a different view. To me it’s not if, it’s just when. I want options determined in advance of trouble.

Second, a plan B could be invoked when your circumstances significantly change.  Naturally, incomes typically decline when you quit the job and a primary source of income evaporates. For me, I’m looking at overseas options because I have the potential to live pretty well in such places, something that would not be possible in the U.S., even in low-cost Arkansas.

Third, a plan B for me includes internationalization. That means that I’m not only expecting to live in another country for a good part, perhaps most, if not all of the year, but also I intend to move key assets off shore as well – legally, of course. This option includes the possibility for permanent residence, and a second passport. A country without the first option is not a candidate for me.

Finally, a plan B involves diversifying sources of income into more streams than just a social security check. So, rentals, pension, stock trading, and online businesses have become part of the pool. Not all has gone well with these various attempts, but the fact is you can’t win if you don’t play. But you can lose.

The advantages of staying in your home country is that you know the place. For good or ill, it is familiar and thus, comfortable in a lot of ways. And we humans enjoy our comforts, especially as we get older. Change is tough. So, the challenge of setting up shop late in life overseas is a challenge. Some would say that that’s an understatement. It could be.

What makes for a good overseas location? Well, aside from socio-political stability, Inga and I have three things we always have an eye on:

When you’re faced with living with less income than what you may have had before you quit the regular job, you have to ask yourself, “how is this going to work?” Here’s my thinking on each of these.

Lower cost of living is a feature we’re looking for in our second residence. There are a lots of lower-cost options out there, but there are usually significant trade-offs in them – lifestyle choices, healthcare, infrastructure, etc.

We visited Ecuador last summer for three weeks. Was a great visit and a potential place to live – many expats have chosen to live there. And it definitely costs less to live there – significantly so, depending on the area. On the other hand, Puerto Rico was not cheaper, from what we could tell, at least not in the amenity rich capitol, San Juan. Life is not inexpensive in Panama City, Panama, but other areas outside the capitol can be significantly less costly. If you insist on Western amenities, then the prices go up for housing and everything else.

As to lifestyle, Puerto Rico felt easier to navigate – more Westernized. Cell phones worked as if in the U.S., US Postal Service is there, FedEx, lots of English speakers around, and electrical standard is the same (though Ecuador was as well). So, you can slide in without a huge gap in familiarity – though certainly not perfect. Ecuador is less developed and that is evident in so many ways. It would be a tougher adjustment.

Panama City, somewhere in between. There is a long history of North American expats in Panama due to the canal history. But lifestyle here is influenced by the tropical climate, which is hot and humid much of the time. So, our preference for a more outside lifestyle would be more difficult there, or we'd have to develop a greater tolerance for high humidity. Ecuador had more options for cooler, dryer climates than much of Panama.

As for lifestyle issues, we do prefer beach areas but we look for locations with steady breezes to offset heat and humidity. That narrows the options, but each of these have amble beachfront and view properties. We also want ready access to key services – groceries, restaurants, transportation and healthcare. Doable, but usually at a premium for such locations.

Healthcare becomes a bigger issue when you get older. And that is enhanced some when you realize that public health standards may be a bit lax as well. You begin to wonder what kind of care you can access and how far away is it. Typically, public clinics and hospitals are not the places for better care. Usually, however, there are private clinics with a higher quality staff and facility. In sum, the major cities will likely have anything you want, while areas removed from the big cities will have lower access and quality.

While this is a fair question anywhere, including different areas of the U.S., overseas the variation in quality of care appears much wider, and it’s not clear as to who is who in this mix of good and not-so-good care. If you’re in the big cities, quality care was supposedly much more available in Ecuador, and good private clinics/hospitals were also available, all at much lower cost.

In Puerto Rico, I did not investigate such questions, frankly, though we certainly noticed plenty of facilities. My assumption is that the issues are similar as elsewhere in terms of good and poor quality facilities. Add in the economic difficulties of Puerto Rico, matters are exacerbated. Panama had a number of quality clinics and hospitals, but again, Panama City will have the breadth and depth of services no other area can afford.

Another issue you have to deal with eventually, is the long term issues associated with maintaining two or more residences – especially if they are not rentable for the short-term. This can be pricey, even with debts paid off. We’ll have to let this go for now.

We’re off to Dominican Republic for our next trip, with Mexico on our list for some time in our future. Plan B. Working it out while the sun’s still shining… How about you?

[Subsequent to the publication of this post, someone on Facebook asked about the question of language as an issue I overlooked. My response was that language was an issue in all the places we're considering as they're all "foreign" countries. While certainly not little issues - language, culture, values, and such - they're context factors in each of them. Thanks Rosario for mentioning this.]