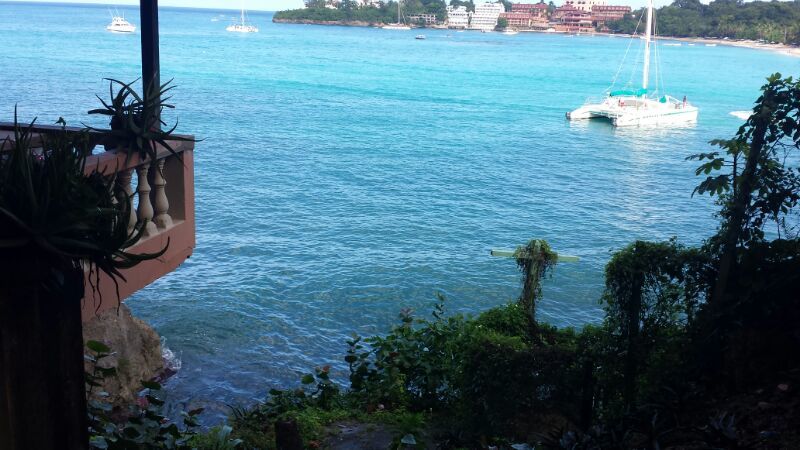 While our itinerary is more or less set for this three-week adventure, I wanted to give you a glimpse of my impressions of the Dominican Republic visit. Since we’re in the first half of the trip, we’ll look at part of the north coast today. Specifically, I’ll focus mostly on Sosua, a town of around 50,000 people. It is down the road some 20-30 minutes from Puerto Plata, a more sizable city of 300,000, and one that is more industrial in economic makeup (versus service or tourist oriented). Cabarete is a smaller but very active kite surfing area and a town with a wilder dynamic than Sosua or Puerta Plata.

We camped out in Sosua for about a week and enjoyed the rather atypical mix of rain and sunshine during our visit. Rain showing up unexpectedly at any given point during a day and can dump a pretty good shower in a matter of minutes. The views from our balcony and hotel grounds have been quite wonderful and made the trip a pleasant one.

One of our primary reasons for heading to the north coast was to see if the winds would be there to offset some of the combination of heat and humidity. The breeze I’d hoped to find here has not disappointed, making the walking time more than bearable, even in the heat of the day. So, a big plus for the area. It is the winter season, however, but am told by people who live here that trade winds remain. 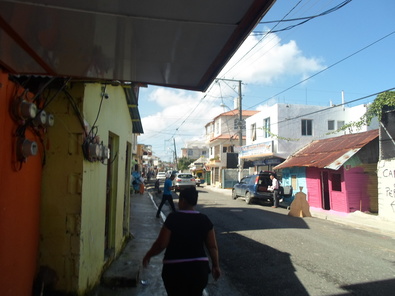 Further, the town seems big enough to have a variety of amenities to make it a livable place, including a medical facility that is well-thought of. Also, larger ‘supermercados’ are here as well, and bunches of restaurants and shops (as expected in a tourist area). A mall is up the road between Sosua and Puerto Plata, so there is some variety of amenities.

A Note on Property

Property prices vary widely, of course, but our range seems doable. We’re looking at things under US$150,000 - preferably way under;) Not an easy task as the stuff we’re interested in runs in the $200,000 - 300,000. But, as most everywhere - location, location, location. And location equals big dollars.

Oh, and that’s usually cash. Let me check…. one moment…. ok, just as I feared, don’t have anything close to that amount of cash. There is some financing available, generally through a motivated seller or in new construction where the developer is providing some options. That’s for another discussion.

This is a tourist town and in a developing country. If you have traveled a bit, you will know what that means. Infrastructure, traffic (and the "lawless" driving habits it entails), noise, pollution, “trashiness”, and poverty are ever-present reminders that you are not in a developed country.

Aside from well-recognized corruption in most areas of government, the population more or less does whatever it takes to make a living day-by-day. So, poverty means that most locals struggle to make a living and their neighborhoods reflect both the economic and social realities of this.

Infrastructure is not horrible, we’ve seen worse in other places. But it does have its glaring areas of neglect. Potholes, whole sections of gutters and sidewalks eroded away (ok, just plain missing). Add to that, there are run down and burned out buildings, abandoned complexes, sometimes huge complexes, that appear to have been abandoned. So, prosperity is rather fleeting and investment ebbs and flows dependent on the times.

There is a rather unusual feature about Sosua that has brought certain and steady traffic to the city, that being prostitution. Apparently legal here, Sosua has gained a reputation for this form of business. It's pretty black and white. Mostly older white men paired with young black Dominican women. The business seems robust as you notice a disproportionate number of single, middle-to-older-aged white men here.

All this adds up to a rather seedy tone about the town, especially in certain areas of town and as evening comes.

It seems authorities are relatively serious about protecting the tourist business, in whatever form it takes, as it is common to 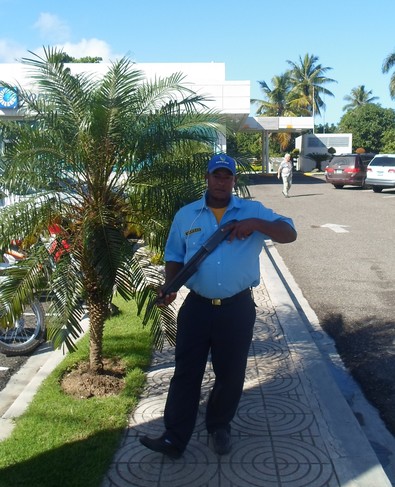 find guards with pistol-grip, modified-pump shotguns in front of ATMs, hotels, and other tourist spaces. We didn't find security an issue here - at all. We wandered into a number of places and just didn't sense a real threat - in local neighborhoods or in downtown locations. I can't say that about some places we were in in Ecuador, for example. This guy posed for a shot in front of a bank where we used the ATM.

Then there is traffic. This is a relatively small town, and traffic is a hectic mix of cars, motorbikes, 4-wheeler ATCs and even golf carts. And traffic rules are pretty liberally defined. They largely should take stop signs down as no one seems to follow them anyhow.

We did not visit Puerto Plata this time as we saw it as too industrial and not on our radar as a second residence location. We did visit Cabarete, grabbed a lunch there and looked at some condos. The realtor was a young Canadian guy who was very upbeat on this community.

It was less than exciting to us though as it more or less had one road through the town with typical beachie shops and restaurants on either side for quite a stretch. Definitely a younger population and thus more dynamic as to a night life and such amenities. The water is more aggressive thanks to the daily trade winds, and as a result, it was not as clean and pristine. Certainly not the beautiful blue-green hues of Sosua or the Caribbean side.

And real estate was decidedly more expensive here. We looked at a place between Sosua and Cabarete that had features we found really interesting - 2 bed/2 bath, large living area and balcony, and a sea view - but still high-priced but sort of close to our fantasy price range. The reason for this lower price, of course, is location - close to both towns, but not walking distance to anything. That’s a biggy for us and for pricing.

So, all in all, Cabarete I don’t think will work for us.

I’ll wrap up this installment for now. We arrived in Las Terrenas yesterday afternoon, so will chronicle some observations about this later. I should also talk about the cost of living somewhere in this process, but not today.