Reflections on Being Average 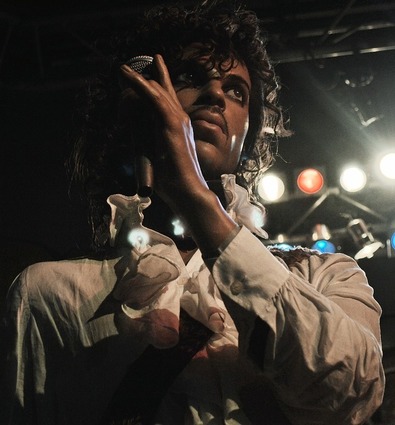 I’m just an average guy. I haven’t accomplished anything particularly memorable, nor does it appear anything along this line is going to emerge anytime soon.

"He did his homework. He created, he rehearsed, he practiced, he always gave it his all, 150 percent every time," said long-time friend and collaborator, Sheila E. in a recent interview with ETonline.

Yes. I’ve observed over the years that there is a sort of conflict involved in greatness that I have generally avoided. This conflict involves the tension between living a “balanced life”, which assumes that some sort of proportional attention must be given to each of the many facets of a typical life, and the almost-obsessively focused life required of the great, the top performers of any field.

I was always told a balanced life is the good and proper life to be lived. Extremism is bad, moderation is good. Seems that also means there’s no greatness there either, though no one ever mentioned the word “mediocrity” or “average” in these little preachings.

Perhaps I was just too lazy. More likely, though, is that I simply lacked sustained discipline and focus.

I imagine an Olympic champion or a professional athlete at the top of his or her game is more than a little unbalanced in their foci in life. The stories told during Olympic events often highlighting the long road to “the gold” is a road marked by a lost childhood and youth, all in pursuit of that moment of glory.

I’m guessing that that is the hallmark of great artists, athletes, comedians, and exceptional leaders of industry, politics and any number of fields or disciplines. Exceptionalists are those rare performers in innumerable arenas of life that stand out, often gifted, yes, but also driven – obsessed with the trade or craft.

We often know little of the cost of this greatness – the physical and emotional toll, relational wreckage, or the loss of soul or self in the process.

So, while we marvel at them, even envy their success, we usually don’t know of their pain, their yearnings, their aches. If we do, we downplay the significance of such matters as we point to their glory, their fame and the luxury and opportunities these afford them. They’re the fortunate, the winners.

They often play their part in this play as they smile in front of the cameras, but weep in private.

Then there’s me. The opposite of the Princes of the world. Prince’s impact is apparently large, if measured in terms of awards, money, and world-wide outpouring of grief at his passing.

In contrast, I’ll never be known for much. Few will mourn or even know of my passing. Apparently that’s not an outcome earned for living a balanced life.

The fact of the matter is I never tried to be good at any one thing. I was interested in many things. Seems I had a short attention span. Little did I know that I probably could have been collecting some government checks for these inabilities.

“Jack of all trades, master of none” better describes me. And obscurity will be my legacy, it seems.

The balanced life is not the road less traveled. And all this time, I thought I was special….