Now this was a pleasant experience.... 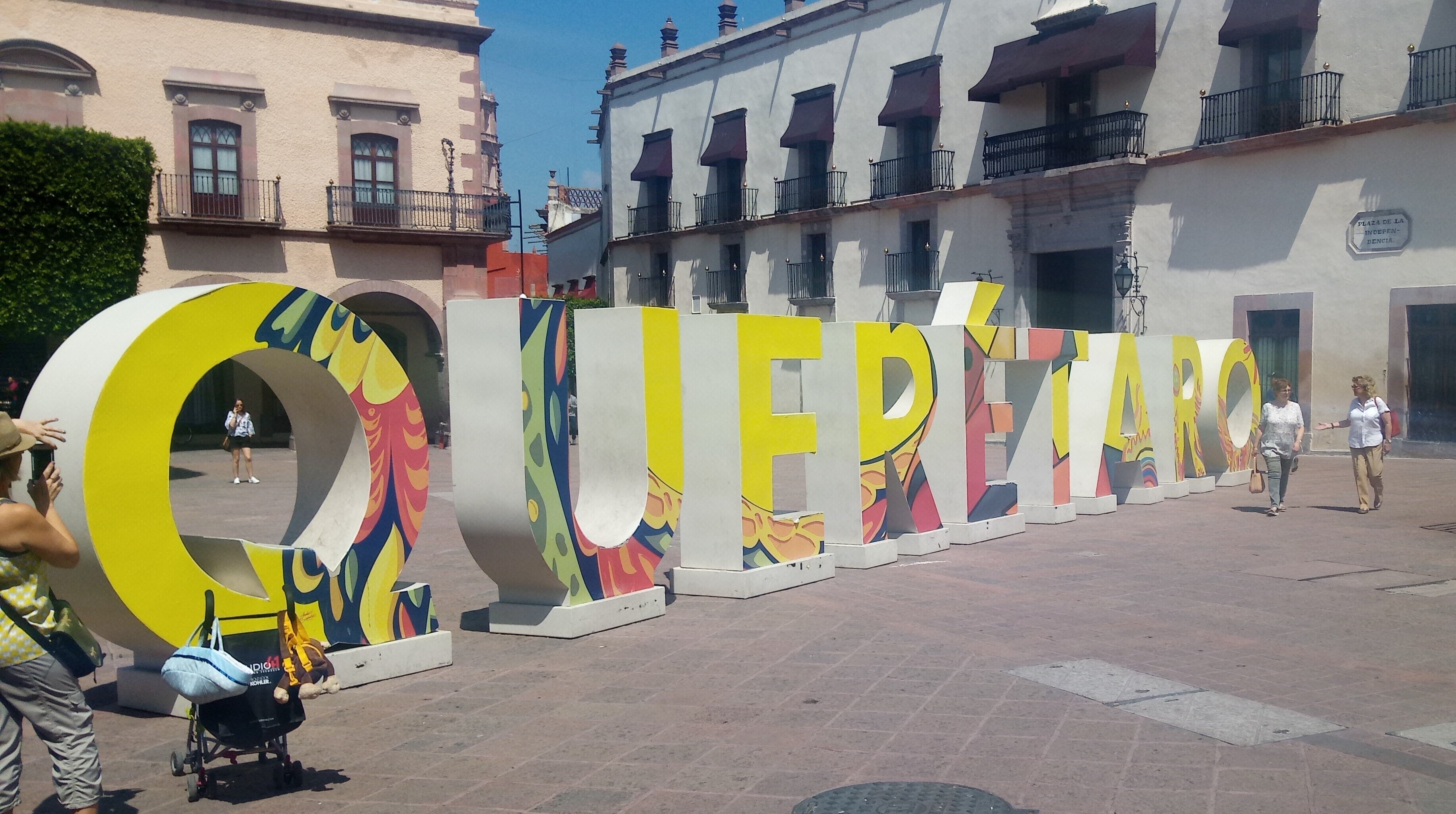 Inga and I certainly can't say we've traveled all over the world in search of paradise in our brief seven years of marriage, but we have hit a few places along the way, particularly in Latin America. Let's see we've hit Puerto Rico, Dominican Republic (multiple times), Panama, Ecuador and a couple of places in Mexico (Cancun/Playa del Carmen and Puerta Vallarta).

We chose those places based on our research of those who have and the published information on these locations in terms of cost, safety, climate and amenities. We enjoyed each place for one reason or another, but the list is pretty short as far as meeting our requirements for a place to live.

We visited two places this two-plus week trip to the highlands of Mexico - Queretaro and San Miguel de Allende. I'll talk about Queretaro in this post and follow up later on San Miguel, the more recognized of the two as far as the expat community is concerned.

Queretaro is definitely on that short list of places to live. I find it surprising to be saying this as the city is, well, a city, which I hadn't really been predisposed to considering until now.

Let me get to it.

I first heard of this city when Arkansas State University announced it was opening a campus in the region. That was a few years ago. It was then that I began studying the area and was pretty impressed with what I learned. Then I saw an ad for a teaching position here from a Mexican university, so I applied and was offered a job (a hilarious experience in itself). I ultimately declined the offer, which included food coupons (which is a clue to what kind of offer it was). Anyhow, not to get distracted, but to say that I was anxious to visit the area.

The metro area population is estimated to exceed 1.5 million people. This is not Fort Smith, Arkansas.

While there are many things to see in the city, I will only mention one - the aquaduct. Quoting Wikipedia, "Built in the 18th century, this iconic stone aqueduct is over 28 meters high & almost 1,300 meters long."

The city attracts international companies focused on IT, aeronautics and automobiles, as well as many others. It is cited as one of the fastest growing cities in Mexico. I saw a number of companies, such as Airbus and Bombardier. These are only the tip of the iceberg. Check out the link here and here for a fuller picture of the heavyweights setting up shop here.

You'll find Asian and European companies running large operations here, presumably due to access to the US and Canadian markets based on NAFTA (now USMSCA, should it ever get through Congress).

The net result is that development is going strong here. We saw numerous large facilities being built and the infrastructure is new and relatively well maintained. Crime tends to be low and there is a housing boom with the influx of expats in the area.

July is the rainiest month of the year, but you really didn't begrudge this as the days were sunny and pleasant and we walked extensively for each of the 10 days we spent in this city. Even in the heat of the day, it was bearable and in the shade gorgeous. Mid-to-late afternoons would bring showers and occasionally it rained through much of the evening.

The rain stopped no one... it's normal. The outdoor restaurants had covered outdoor seating areas that seemed always to be busy, as were the parks and plazas, where families hung out evenings chatting and watching passersby. Parks and plazas had ample seating and were busy all day with young and old.

Even the trees sheltered from the typical rain shower for a time providing a canopy against the sometimes intense rain shower. The trees were trimmed in an interesting manner. Check out the pic.

Temperatures dropped into the upper 50s to low 60s at night. Days warmed up slowly.

In sum, a fantastic outdoor experience here this trip. How will it be in December, or the hottest month, May? Not sure, but based on the climate data, it should be pleasant for the most part.

The city was clean. This is important to us. So many towns and villages we've visited in Latin America are dirty and trashy. No one seemed to pick up anything. It is a downer for us and we were pleased to see the commitment of the city to keep the place clean. Street cleaners are everywhere in the historic district, so everything is spic and span there. But we noticed this outside of these zones as well, though not as intense as there. In sum, big plus.

There is an array of services available as would be expected in a relatively large city, especially with the growing business expat presence. For us, we noted that there were three or four Walmart's/Sam's Clubs, a Costco, two or three Home Depots, Office Depots, to name a few we noticed. The Antea Lifestyle Center is reported to be the second largest mall in Latin America. We spent a few hours walking through the place. Never did get through it. It's huge. And, of course, there are the US restaurant chains, which are in abundance if one needs such. We ate at none of these while here. I report on these only as an evidence that if one wants a taste of home, there's plenty to like.

Of course, there is an abundance of small shops available offering products and services.

And, as would be expected, there are a number of large hospitals and clinics available as well, though haven't explored how good there are.

We were pleased with the cost comparisons to Fort Smith, our base of comparison. Fort Smith is a relatively inexpensive place to live. Hard to beat it. Our experience has been that many overseas 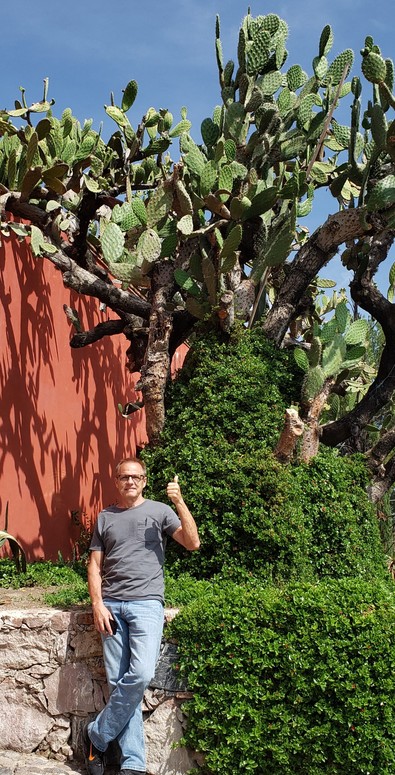 places don't beat it. We went through items at Walmart in Queretaro to compare prices on a variety of things we'd buy. Many things were less expensive and some things weren't. But this is Walmart and the quality consistency costs a bit more but probably worth it just for the convenience.

There are large and small mercados for the purchase of meats, fruits and vegetable, as well as some packaged foods.

We stayed in an Airbnb for US$50 a night. Quite reasonable. Included a kitchen and living area and separate bedroom and bath. Also, had internet, Netflix, etc. Hard to beat. And, you opened the front door and we were on a main street to all the action. Spoiled.

It took around 5-6 hours to get there from Fort Smith. That is a good flight plan. Immigration needs at least a couple of hours to insure you can get through that and customs in Dallas. This trip was anything but smooth in that department. We barely got to the Fort Smith plane before they closed the door and we had some 2 1/2 hours to get through the gauntlet. This was unusual, but not unheard of.

All in all, we were quite pleased with this visit. I have to say that this brief little post does not do justice to all there is to see and experience here. Look forward to going there again and checking out more of the city.

On to San Miguel... where I ate some corn smut for supper. Tasty!